Shipbuilding industry in Thailand as developed and advance as same as other countries in Asia because of abundance of wood suitable for buiding ships. Both warships and merchant vessels were built long time in Thailand history. Most of marine vessels built during those periods were the Chinese junks. Basically Shipbildings were carried out by Chinese supervisors with the support from groups of Thai workers. 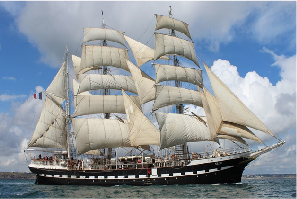 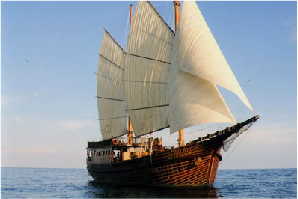 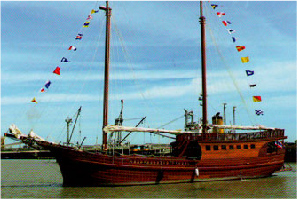 During the reign of King Ekatosarot of Ayutthaya period, Western style ships were build for the first time in Thailand” 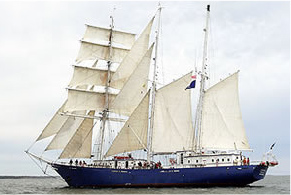 The King requested for assistance from the Netherlands to send shipbuilders and equipment to build Brigs, with two or threemasts,on September 1st,1608 Since then the shipbuilding industry started to grow continuously. Until the reign of King Narai, it was documented that western style ships were build in Ayuttaya and in Marid. In De Choisy’s journal, it is clearly recorded that”the King of Siam gave an order to build Western style vessels and three of them recently made their first sail”.
During Ayutthaya period, the shipbuilding industry in Thailand was flourished.Various types of vessels, including westernstyles ships, Chinese junks, were built for royal naval, using for foreigned trading. There was clear evidence showing that dockyards were constructed to build merchant ships and send over to other foreign countries.

During Thonburi period, ships were actively utilzed in warfare. King Taksin ordered that the Chinese junks being to built maneuvered Thai troops along the Chao Phayariver to Ayutthaya and reclaimed the ex-capital city from the Burmese troops.

During the reigns of King Rama II and King Rama III of Rattanakosin period, the trade between Thailand and other and other countries were at their highest point. Most of the Chinese style junks built in Thailand were used. In 1818,
Thai workers had capability to build 6-8 large ships of 1,000 tonnages capacity per year. During the reign of King Rama IV, the new era of steam ships started, wooden ships were built while period were the royal court’s officers from Boonnak family. They also comissioned foreign advisor for the purpose.. 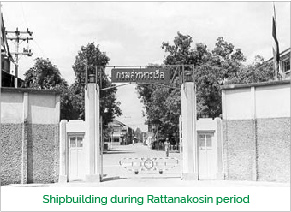 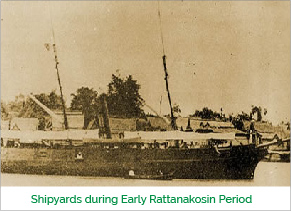 Overview of Shipbuilding and Repairing in Thailand

At present there are 260 business operators running shipbuilding and repairing dockyards as well as other related industries. Those dockyards are located along major rivers, i.e., Chao Phraya, Tha Chin, Mae Khlong rivers and also along Thai Gulf coast lines as well as Andaman coasts and the Strait of Malacca.
In terms of shipbuilding and repairing capability, Thai dockyards can be categorized into three groups: small, medium and large dockyards. They provide services mainly to meet local demands.

The Essential of Shipbuilding and Repairing Industry

Each ship is a valuable asset of high investment. Shipbuilding and repairing industry, therefore, is able to generate income from ship construction, maintenance as well as installation of equipment on board ships. The capability and efficiency of the shipbuilding and repairing industry can assist the country not to spend huge amount of money at foreign dockyards for repairing ships which could affect national trade deficit and current cash flow. At the same time, the ability to take oversea orders for shipbuilding in local dockyards can bring about foreign currency into the country.

Upstream industry influences costs and quality of shipbuilding and repairing in Thailand.  Basically, they are not mature sector and must highly rely on imported raw materials. Upstream industry including steel industry, paints/chemical industry, foundries, manufacturing of machineries, navigation and communications equipments are not fully mature causing dockyards having to struggle control of costs/quality. The exception is in furniture and electronic industries where they are made stronger and better off by Thai skillful workers.

Downstream industries are also taking part in setting market trend, especially on the types and sizes of ships required in tourism industry, oil and gas drilling, marine transportation and fishery. However, there is no clear targets set, but with the exception in the cases of ship owners, having their business in transportation of commodities for export and import, creating ship building and repair markets for the yards,